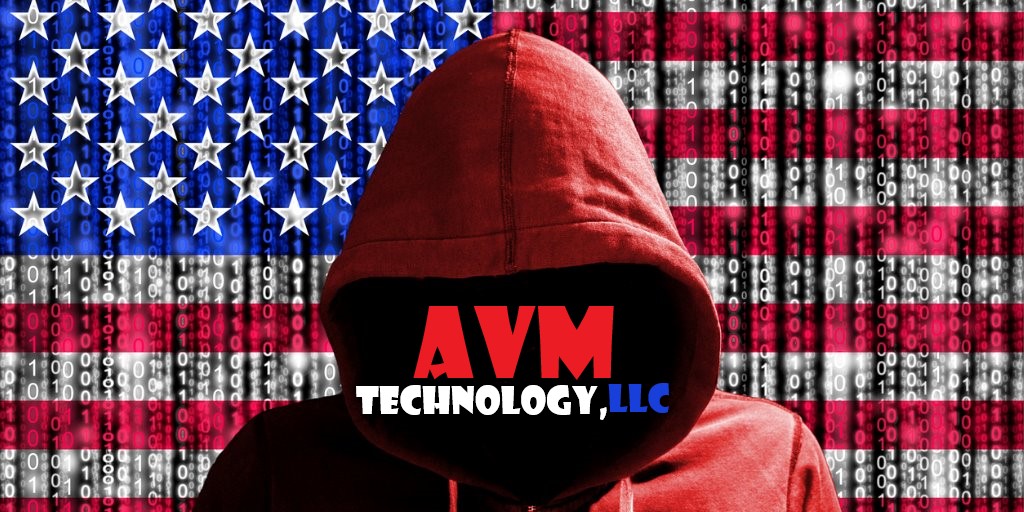 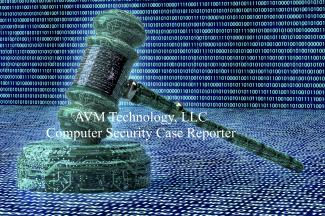 Defendant contends that the parties' divorce decree prevents Plaintiff from bringing her claims, citing to the following provision:

The parties have entered into a Property Settlement Agreement which forever settles the respective rights and claims of each party in and to property and other matters, which agreement is filed herein and made a part of this decree by reference.

(Doc. 3 Ex. C at ¶ 4). Defendant then cites to paragraph eleven of the Property Settlement Agreement which states the following:
It is the purpose of the parties to this agreement that it fully and finally settle, resolve and terminate any and all claims, demands and rights whatever kind or nature between the parties.

In determining whether summary judgment is appropriate, the burden is placed on the moving party to establish both the absence of a genuine issue of material fact and that it is entitled to judgment as a matter of law. See Fed. R. Civ. P. 56(c); Matsushita Elec. Indus. Co. v. Zenith Radio Corp., 475 U.S. 574, 586-87 (1986); Nat'l. Bank of Commerce of El Dorado, Ark. v. Dow Chem.

As a threshold matter, Defendant claims that Plaintiff is barred from bringing her claims by the terms of the Property Settlement Agreement (the "Agreement") signed by both parties as a part of the parties' divorce proceeding. Defendant's counterclaim alleges that Plaintiff is in breach of contract for bringing the present claims. In signing the Agreement, both parties acknowledged that they had been represented by counsel prior to executing the Agreement. "Settlement agreements are contracts subject to the general rules of contract construction." Hill v. Southside Public Schools, 688 F.Supp. 493, 497 (E.D. Ark. 1988) (quoting N.L.R.B. v. Superior Forwarding, Inc., 762 F.2d 695, 697 (8th Cir. 1985)). The Court is to construe any agreement to give effect to the intent of the parties. Id. The intent of the parties is determined by reviewing the language of the contract itself, as well as by considering "the circumstances surrounding the making of the contract, its subject, and the situation and relation of the parties at the time of its making." Id. (quoting Louisiana-Nevada Transit Co. V. Woods, 393 F. Supp. 177, 184 (W.D. Ark. 1975)).

the parties. Taking into consideration the fact that the parties were forming and signing the agreement in the context of a divorce proceeding; the subject and purpose of the agreement was to settle issues "arising out of this [divorce] litigation". (Doc. 8, p. 11, ex. A). The fact that the divorce proceeding took place in state court that would not have jurisdiction over many of the claims Plaintiff now raises, can only lead the Court to conclude that Plaintiff did not waive her ability to bring the instant claims. While the alleged conduct may have taken place prior to and during the pendency of the divorce proceedings, the Court does not find Plaintiff's claims to be intertwined with the Agreement such that she would now be precluded from bringing her claims in federal court.

Defendant also argues that Plaintiff is precluded from bringing her claims because the court presiding over the custody proceeding admitted the materials that he accessed into evidence. A court's admission of materials into evidence is not relevant to the issues currently before the court. The judge in that proceeding made no determination as to the merits of the present claims. As Defendant points out, Plaintiff may have been able to appeal the decision to admit the evidence, but she also has the independent ability to pursue separate claims in this Court. For these reasons, the Court finds that Plaintiff is entitled to Summary Judgment on Defendant's Counterclaim, and her motion as to

the counterclaim (doc. 22) is GRANTED.

The Court denies summary judgment to either party on Plaintiff's allegation of fraud in connection with computers in violation of 18 U.S.C. § 1030. After reviewing the filings provided by both parties, genuine issues of material fact remain, including but not limited to, whether or not Plaintiff has suffered a loss in excess of $5000, which is required to trigger a civil cause of action under 18 U.S.C. § 1030 (c)(4)(A)(i)(I).

The relevant section of the SCA provides that whoever "intentionally accesses without authorization a facility through which an electronic communication service is provided; or intentionally exceeds an authorization to access that facility; and thereby obtains... access to a wire or electronic communication while it is in electronic storage in such system shall be punished..." 18 U.S.C. § 2701(a). The statute allows for private causes of action where "any person" injured by a violation of the SCA can show that the person violating the Act acted with a "knowing or intentional state of mind[.]" 18 U.S.C. § 2707(a). "[W]here the facts indisputably present a case of an individual logging onto another's e-mail account without permission and reviewing the material therein, a summary judgment finding of an SCA violation is

appropriate." Cardinal Health 414, Inc. v. Adams, 582 F. Supp. 2d 967, 976 (M.D. Tenn. 2008) (citing Wyatt Tech. Corp. v. Smithson, No. 05-1309, 2006 WL 5668246, **9-10 (C.D. Cal. 2006)). The Court finds no genuine issue of any material fact regarding Defendant's unlawful access to Plaintiff's stored communications. Defendant has admitted to using a keylogger program to obtain Plaintiff's passwords. Defendant then used those passwords to access Plaintiff's email account without authorization. Summary judgment for Plaintiff on this count as to liability is, therefore, appropriate. The amount of damages, if any, may be determined at trial.

readily susceptible to 'interception' does not mean that the courts should bend the language of the statute so it provides an additional avenue of relief to a supposedly aggrieved party." Cardinal Health, 582 F.Supp. 2d at 980-81. "Congress has provided a remedy for the individual whose e-mails are accessed in an unauthorized way-the SCA." Id.

Contrary to what Defendant contends in his filings, the Eighth Circuit has indicated that the method and manner of monitoring is an important consideration in determining liability under the FWA. See Platt v. Platt, 951 F.2d 159, 161 (8th Cir. 1989). The covert installation of an automatic recording device would be more likely to violate the FWA, while eavesdropping on a telephone conversation using an extension line has been found to be an exception to liability under the FWA. See id. The Court finds that Defendant's monitoring of internet traffic on his own home network is analogous to the latter. For instance, Plaintiff has presented no evidence that Defendant recorded any information during the course of his monitoring, and there is some indication that Plaintiff was aware, or should have been aware, that Defendant was monitoring her. Defendant's monitoring activity should be excepted from liability under the FWA. Furthermore, the key logger only allowed Defendant to learn passwords, which were used to access Plaintiff's e-mails. Defendant did not obtain e-mails contemporaneously with their transmission, and thus, the FWA does not apply. See Bailey v.

Bailey, 2008 U.S. Dist. LEXIS 8565, *12 (E.D. Mich. 2008) (finding FWA did not apply to case in which ex-husband used keylogger to access his then wife's e-mails). The Court finds, as a matter of law, that Defendant's conduct in monitoring internet traffic on his home network and in using a keylogger program to access his then wife's e-mails was not a violation of the FWA. Defendant's Motion for Summary Judgment is therefore granted as to Plaintiff's claims under the FWA.

Plaintiff contends that Defendant should be found liable for computer trespass under Ark. Code Ann. § 5-41-104. While there is little case law interpreting this particular statute, it is clear to the court that Defendant intentionally accessed the MySpace and Yahoo computer networks without authorization and should now be held liable for computer trespass. While the extent of Plaintiff's actual injury, under this statute is not entirely clear, the Court finds that she has at least sustained some minor damages in changing her passwords and assessing the consequences of her husband's snooping. See Cardinal Health 414, Inc. v. Adams, 582 Supp.2d 967, 982 (M.D. Tenn. 2008) (finding minor damages to a plaintiff under a similar state statute). The Court therefore finds that summary judgment should be granted in favor of Plaintiff on this count as to liability, and any damages may be determined at trial.

As to Plaintiff's claims for unlawful use or access to a computer, Ark. Code Ann. § 5-41-203, and unlawful act regarding a computer, Ark. Code Ann. § 5-41-202, violations of those statutes do not appear to give rise to civil liability. The language of both statutes addresses only criminal sanctions and does not mention civil penalties. This Court declines to create a private cause of action where one has not previously been created by the Arkansas state legislature unless there is an otherwise strong indication of the legislature's intention that a civil remedy should be available. Here, the state legislature provided for a private cause of action under the computer trespass statute, which is where Plaintiff's civil remedy under Arkansas statutory law must lie in this case.

B. Breach of Contract

The Court declines to grant summary judgment to either party on this claim. Genuine issues remain as to various material facts, including whether there was a valid, enforceable agreement between the parties as to non-disclosure of materials used in the divorce proceeding and whether Defendant's conduct violated any agreement that may be found to exist.

393, 404 (2002). Merely describing conduct as outrageous does not make it so. Id. at 404. Defendant's conduct of monitoring the internet traffic on his home network and using a keylogger to access his then wife's e-mails, and then using copies of those documents in divorce and custody proceedings is not extreme and outrageous conduct. A husband prying into his wife's email, after learning that she was engaging in conversations and photo sharing, and then using damaging emails in a divorce and custody proceedings can hardly be considered "extreme and outrageous, " "beyond all possible bounds of decency, " or "utterly intolerable in a civilized society." Crockett v. Essex, 341 Ark. 558, 19 S.W.3d 585 (2000) (listing elements of the tort of outrage). Defendant is entitled to summary judgment on this claim.

Plaintiff's Motion for Summary Judgment as to Defendant's Counterclaim (doc. 22) is GRANTED, and the Counterclaim is

Defendant's Motion for Summary Judgment (doc. 20) is GRANTED as to Plaintiff's claims for a violation of the Federal Wiretap Act, Unlawful Use or Access to a Computer, Unlawful Act Regarding a Computer and Intentional Infliction of Emotional Distress, and these claims are DISMISSED WITH PREJUDICE. Defendant's Motion (doc. 20) is DENIED as to Plaintiff's claims under the Federal Computer Fraud and Abuse Act and the SCA, as well as Plaintiff's state law claims for Computer Trespass and Breach of Contract.

Plaintiff's claims under the Federal Computer Fraud and Abuse Act and for breach of contract remain set for trial beginning Wednesday, February 2, 2011 at 9:00 a.m. Also remaining for trial is the issue of damages, if any, resulting from Defendant's violation of the SCA and computer trespass. A pretrial conference is hereby scheduled for February 1, 2011, at 3:00 p.m. in Hot Springs.